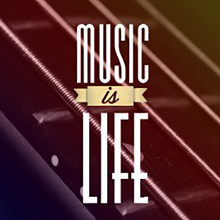 We talk about it all the time.

It seems as if the places to listen to music are dwindling and what’s left is focused on national touring acts. The competition is fierce for the ticket buying dollars, which can impact one’s budget for going out and enjoying some music with food and drinks. It can become a cycle: Music fans buy tickets for the corporate venues which in turn impacts the clubs and independent venues. Everything slows down and if the ticket price is very low or even free, it can impact the clubs to the point that places start going out of business.

This is America and we’re free to be capitalists, buy tickets or patronize our favorite place for music. It’s important to support live music as much as possible, in the smallest and the biggest of venues. But I see that the biggest of places are making money on everything which “goes” with the show – like merchandise splits, drinks, food and other concessions. The public has less money to spend on music in general because the biggest shows have the biggest ticket fees.

What worries me is that too many “big” places can have an effect on the contract fees for the touring acts. The fee may go up at the beginning, if a brand new place is trying to compete with more established venues. After things settle down, the fees normalize and then the radius clauses kick in.
The number of days before and after a gig – starts to matter and even the mileage between the venues increases from 50 miles to 100 miles. What happens is that there is less diversity in the type of music that’s offered and the ability to see an act more than once a year.

Meanwhile, at the local club and indie venue level, the band fees start to decrease because the place wants to stay open and the bands want to continue playing.

I don’t know what the answer is for any of this. But I do know that it’s a cycle that has to be waited out. Good old capitalism will cause venues to either stay in or go out of business, whether it’s a small or a large venue. But in the meantime, local musicians can be impacted while we wait for things to sort out.

Make A Donation In Any Amount

We accept PayPal, Debit Cards and Credit Cards at checkout.

After you click or tap the "Donate" button, you will be taken to a secure checkout form for your donation and billing information.

This message is only visible to admins:
Unable to display Facebook posts

Error: (#10) This endpoint requires the 'manage_pages' or 'pages_read_engagement' permission or the 'Page Public Content Access' feature. Refer to https://developers.facebook.com/docs/apps/review/login-permissions#manage-pages and https://developers.facebook.com/docs/apps/review/feature#reference-PAGES_ACCESS for details.
Type: OAuthException
Code: 10
Click here to Troubleshoot.